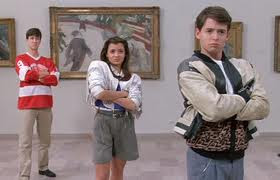 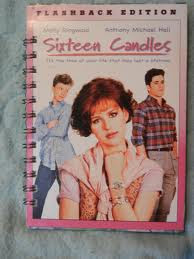 I was a teen in the 1980s. The director John Hughes was able to perfectly capture what it was like—the angst, cliques, choices, clueless parents. Our parents (well, not mine) had been to Woodstock. Now they were supporting Reagan. It felt like we were always on the brink of disaster. We had nuclear bomb drills and fallout shelters in our schools, and then “The Day After” came out and told us it was for nothing. Then we learned about AIDS.

At home, my parents were always in a state of separation, divorce, and reconciliation. I turned to music and friends to escape. My friends and I spent HOURS watching videos. Many, many years later, I can still remember the lyrics and every second of those videos. The musicians experimented with gender bending and pushing sexual boundaries. The look of the musicians and the cleverness of the videos became part of the music.

For the month of April, I’m going to post for 26 days, for the 26 letters of the alphabet about the bands that influenced me in alphabetical order. In the early 80s, it was pop. But as I got older, it was more alternative. I found out who I was through music. Yes, conservative parents of the 80s—your worst fears came true. Music shaped me. Music saved me.

Other A to Z participants.

Posted by Theresa Milstein at 9:00 AM