The Power of Hidden Gems 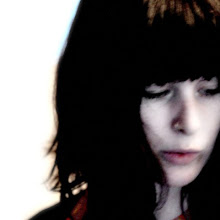 Rockstar Jessica Bell has taken over my blog today.
And I've taken over  HER BLOG!


We're both in and writing about the From Stage Door Shadows anthology. 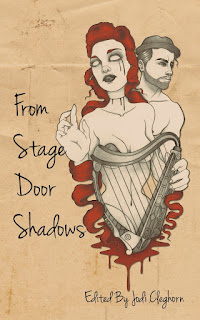 The cover is inspired by her short story.


When Jodi Cleghorn of eMergent Publishing asked if I would like to write a story for one of their speculative fiction anthologies, From Stage Door Shadows, I jumped at the chance. Not only because it was the first time anyone had ever actually solicited my writing (and I was damn excited), but because it was related to music—my specialty! But, I had never written speculative fiction before, so I was feeling a little angsty about that.

Once the authors were finalized we were all sent the lyrics to the song the anthology is based on. But I was unlucky. I didn't get the prompt I wanted! And I panicked! Great, I thought. I have to write in a style I'm not familiar with and with a prompt that doesn't inspire me? My story is going to be bollocks ...

My lyric prompt, from the song Tiny Dancer, was "LA Lady". So, I asked Jodi if I could be creative with it and give the acronym an alternative meaning, and she was all for it. So LA Lady in my story, entitled MUTED, stands for Lonely A Capella Lady, instead of a lady from Los Angeles.

Immediately, upon Jodi's approval, I imagined a hearing-impaired and mute singer who became that way through corporal punishment. I saw translucent temperature-controlled bodysuits made from fetus membrane in her wardrobe, her old clothes hanging limp like dismembered joints, a black lace corset with layers of raw blue-grey silk and tulle fanning out into a skirt. I saw her performance before she was tortured and left to take orders in a totalitarian society. A cross between Maria Callas and Madonna, I thought—“the only woman to ever render an audience of 100,000 mute in seconds.”

Within two hours I had an almost perfect draft of a story written in a genre I had never ever written in before. I had never felt so inspired in my life—and all from a prompt I didn't even want!

What's my point here, you ask? Well, sometimes shitty things really are for the best. Sometimes we need to have faith that there are hidden gems embedded in our path. This was one such case. Since writing this story, eMergent Publishing have decided to re-release String Bridge this December (which went out of print when my publisher closed down), and they have also partnered with me and my Vine Leaves Literary Journal colleague, Dawn Ius, to bring out The Best of Vine Leaves Literary Journal 2012. The opportunity to publish my next novel with them is also in the cards.

MUTED was my hidden gem. And I haven't been the same since. Not only did the opportunity reaffirm the power of hard work (and luck), but it changed the way I view my writing, my world, and my career, for the better.

What events have acted as positive turning points in your life? 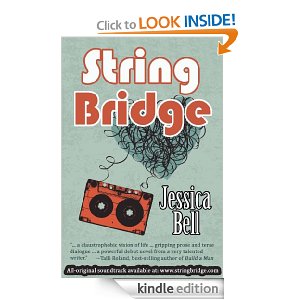 Posted by Theresa Milstein at 3:22 AM