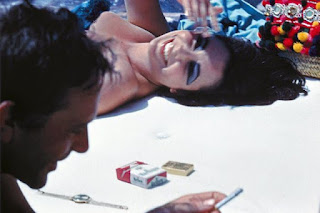 I turn from the television and glance at the clock.
I have thirty minutes.
One more show.
The TBS channel runs a steady stream of nostalgia: I Dream of Jeanie, Bewitched, Leave it to Beaver, The Andy Griffith Show, The Brady Bunch. All before my time, though technically I watched them in reruns as a kid, so they’re a part of my childhood too. Adults look back at their favorite shows, and long for those better times. But were they really anyone’s good times?
A coffee commercial.
I need coffee.
I’ll grab some on the way.
Yesterday, I went to my English 101 class for nothing. It’s the third time we’ve been stood up. This time the professor collapsed in the parking lot. He’s got emphysema. The old man’s so addicted to cigarettes that he smokes a fake one during class. When doesn’t collapse, that is. Assistant professors get only ten minutes before we’re allowed to leave. Because he’s a full professor, we have to wait twenty minutes to see if he shows up. Thirty minutes to commute plus ten minutes to park and walk, plus twenty minutes to wait, times two equals… a big waste of time. I should quit smoking.
More commercials.
I have twelve minutes.
What show’s up next?
I won’t get to watch it anyway. This morning I have math lecture. Not that there’s any point in sitting through it. I’ll be lost among the hundreds staring at the small man on stage. The only “help” comes from a recent Chinese immigrant who teaches my recitation. He stares inches from the board while he solves problems and whispers in a thick accent. When we ask him to slow down and speak up, he speeds up. What does he have to be nervous about? I’m the one failing math.
Five minutes.
I’ll sit through these commercials before the next show.
Then I’ll go.
Science is no better than math. On the first day, the old man on the stage told us, “I have tenure. This means I can f*ck a chicken on the stage and they can’t fire me.” I’d like to see him do that. I’d get more out of the class. On that first day, he also told us, “Look at the student to your left. Look at the student to your right. By the end of your freshman year, both of them will be gone.” I thought that seemed like a high dropout rate. But each week there are fewer of us.
I like this Bewitched episode.
Even though the “bad” cousin has brown hair like me.
Bad brunette twin on I Dream of Jeannie too.
At least the History professor’s class is accessible and interesting. Just like English, his class is in a regular room too. He sees our potential.  The first day he said, “This is 13th and 14th grade. It’s your second chance.” He always tells us we can make something of ourselves. While his pep talks are inspiring, in some ways I feel worse. When I applied, I thought the place was a prestigious alternative to a community college. Instead I’m the family black sheep at a former agricultural college. That’s irony, right?
Another commercial.
If I leave now and there’s no traffic, I can still make it.
I pull out a cigarette.
If trouble didn’t show up on Bewitched, Samantha would be bored. Why doesn’t she have a job all those episodes before she has the baby? It’s weird that all the women on these shows are stay-at-home moms. When I was a kid, most of the moms I knew stayed home. Now they’re all divorcing and working at garbage jobs, like my mother. That won’t be me. When my parents’ divorce finally goes through, my dad, sister and I will flee this hellhole. Then I can concentrate on homework without her screaming.
I don’t get why Samantha isn’t allowed to use her powers.
Jeannie isn’t either.
Who wouldn’t perform magic to make their lives better?
In real life, we can’t improve our destinies with a twitch or a blink. Life just keeps moving on and making demands, even if we’re not ready. I’m eighteen, and I already have regrets. In high school, I free time working or hanging with friends without a plan for life afterwards. Now I’m stuck. Most of those friends have gone away to college where they have new friends, new opportunities. I’ve been left behind.
I glance at the clock.
It’s too late to make it now.
One more show.

Posted by Theresa Milstein at 6:32 AM 59 comments: 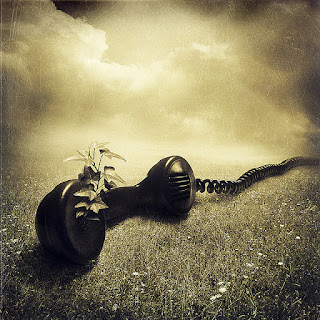 Posted by Theresa Milstein at 7:21 AM 45 comments: 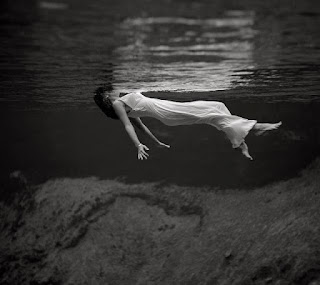 Suspended in a State

A Work of ART

My HEART Pumps Blood to those

Do YOU See my HEART?

Eyes are the [Doorway] to the SOUL.

Do YOU See my SOUL?

to purse
my lips.

Do YOU long to Taste them

Or HEAR the WORDS

Posted by Theresa Milstein at 8:52 AM 54 comments: