Years ago, Aubrie Dionne and I were crit partners. While I didn't critique this one, it's the last in the series of others I read. Aubrie is one of the most prolific writers I know. She's published with Entangled and several other publishers. During her non-writing time she teaches flute and plays for the NH Philharmonic. (How cool is that?) 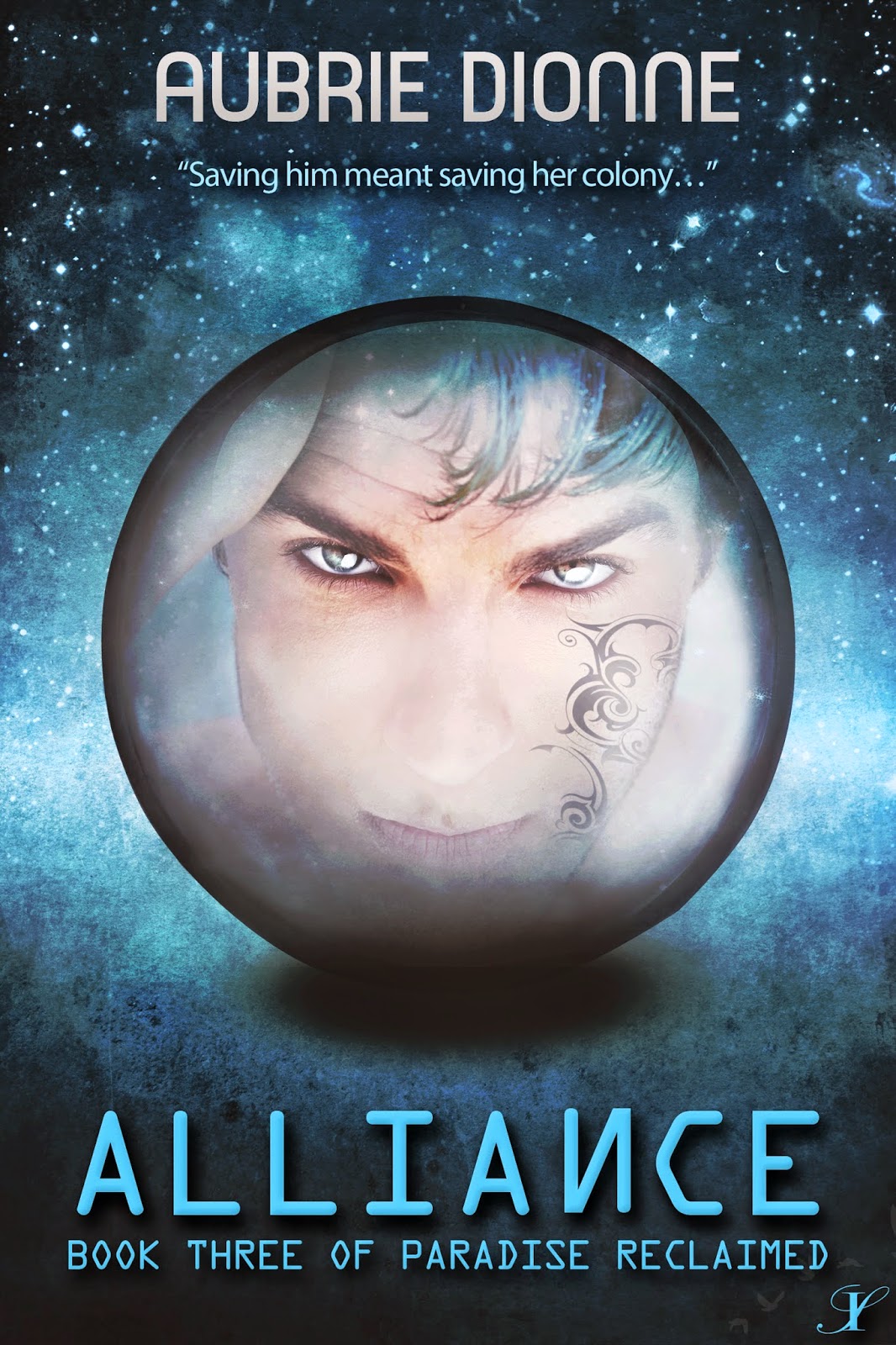 “Saving him meant saving her colony…”

Lyra Bryan has been saving people her whole life from a chick in the ventilation pipes to her mentally ill brother when his mind drifts back to Old Earth. She meets her match when she finds a gorgeous alien man aboard the arachnid ship. Captured after a failed attempt to save his people, his spirit is broken, craving only vengeance. To save her colony, Lyra must save his body and soul.

Lyra’s lifemate, Tauren, is jealous of her obsession with the alien man and will do anything in his power to break them apart. While they travel to the arachnid’s home world to defeat the mother brain once and for all, they must set aside their differences and work as a team. But, can Tauren be trusted?

Buy on Amazon
Buy on Barnes and Noble

Posted by Theresa Milstein at 6:13 AM