Do You Come Here Often? 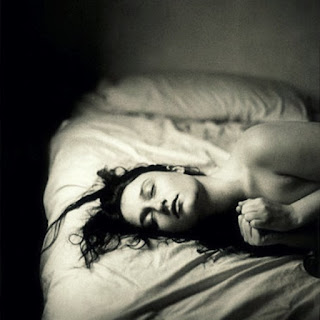 Do You Come Here Often?

I’ve always hated this part.
“Lift your arm. Like this. Now rest your other arm here. Sorry, my hands are a little cold.”
The doctor presses her palms on my breast while I stare at the ceiling. I’m always worried the temperature of my hands will make my nipples stand up. Then this awkward situation will become all that more mortifying.
Seconds go by. She concentrates on one spot, just to the right of my nipple. That’s never happened before. She checks the same area on the other breast. She returns back to the spot.
The doctor says the four words no woman ever wants to hear:
“I feel a lump here.”
My body feels like its made of little particles, and each one of them has just spread along the exam table. She keeps touching the spot as she asks questions. Did I notice it? I didn’t. When had I done an exam last? "Recently," I say. That’s all I say. I used to do them more often. I mean to do them. But I forget. What if I think it wasn’t long ago, but it was months or even years? The older I get, the more time has a way of speeding by. It’s like when I thought that wedding was two or three years ago, only to find out the couple just celebrated their five-year anniversary.
Besides, when I push down, it’s all lumps. How do I know a lump is lumpier? In the past, when I was worried something was suspicious, I’d feel around it, and it sort of seemed the same.
The doctor measures the lump. She writes the information down. She says the number three. Three millimeters? Centimeters? Inches? I don’t want to ask. I had a baseline mammogram years ago. Could it be possible a tumor has been growing in my breast for these subsequent years, and I didn’t know it?
She makes me touch the lump. First I can’t tell. Then I realize it’s slightly bigger from everything around it. No, it’s definitely bigger. Here I am, touching my breast while the doctor watches, just minutes after my biggest concern was that I’d have erect nipples. How my perspective has changed. I came to this exam dreading the pap, worried about my cholesterol, wary of my blood pressure. For a long time, I’d forgotten to fret about my breasts.
The doctor tells me to change. She says she’ll return in a few minutes.
A few minutes is all the time I need to remember the conversation we had before the breast exam. When my long overdue check up hung in the air. And she found out that I’d been regularly having eye exams and dental check ups instead. And I’d asked if I should put off a mammogram for another several years because it was controversial for people my age. She assured me that an increased likelihood of false positives was not a reason to forgo the exam. Still, I couldn’t help but wonder if yearly exposure to radiation could cause problems in the long run.
A few minutes is all I need to picture my uncertain future. I might lose my hair.  A chunk of breast. A breast. Would I get so sick that I’d have to quit my new job? I would if all the cancer metastasized all over my body. It happens to people. It can happen to me. And if it has, it’s my own stupid fault. Why did my fear land me in this situation? I knew other people who put off going to the doctor only to get bad news, and I’d shake my head. I knew people who’d died. And now here’s me.
The door opens. The doctor’s laughter tinkles and dies. Would she chuckle if she thought it was serious? Did she stop because lumps in breasts are common for her, and it’s not going to stop her from joking with her coworkers in the hallway.
She must see my expression. I’ve never been good at hiding my feelings, like blind panic.
“I think it’s a cyst,” she says.
She rattles on that I need to have a mammogram and an ultrasound. And then she wants me to return when I’m in the beginning of my cycle. Am I having the ultrasound to watch out for false positives or am I having the ultrasound because there’s a possibility it is cancer. Is she trying to calm me down or is she telling the truth? I so want to ask her. I want to confess why I’ve waited too long and explain that this isn’t the person I am. I know better and I’ve made a mistake.
But I just nod. She doesn’t know me. After all, I hardly come here.

PSA: Check early in your cycle and check often... and visit your doctor yearly. 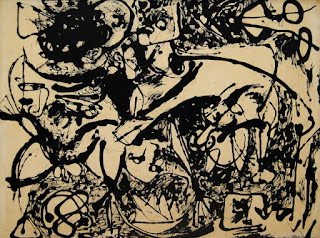 Posted by Theresa Milstein at 6:50 AM