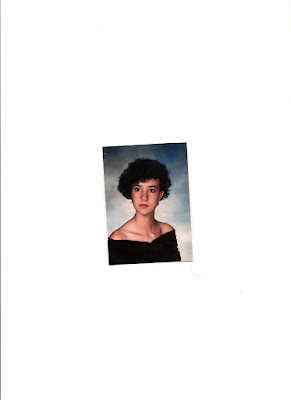 Dr Emmett Brown: “This is it! This is the answer. It says here... that a bolt of lightning is going to strike the clock tower at precisely 10:04pm, next Saturday night! If... If we could somehow... harness this lightning... channel it... into the flux capacitor... it just might work. Next Saturday night, we're sending you back to the future!”

- Film “Back to the future”

Last night, I received a call from the GATE KEEPER, which was a double-edged sword. It meant I wouldn’t have to rise at 5:25am, but it also meant I had to work. Turns out that I was subbing at the same school as Monday*, for PE AGAIN, but this time I was going to be the part-time teacher I worked with, and working with the previously absent teacher. My schedule would be to work straight through from 8:10am until 12:55pm with no breaks, but then I could leave early.

Three Phys Ed. jobs in one week: what were the sub gods telling me? Are most other subs too petrified to teach gym? Did these two teachers request me? Am I meant to go back to school and become certified in Physical Education? I know it isn’t the last one! On the upside, because I did warm-ups with the students, and made it a point to be active, I was beginning to lose my winter mush.

When I left the house, I noticed that the previous night’s rainstorm blew some shingles off the roof and knocked over our little fence that barely protects our little patch of dirt. We’ve buried a couple of fish and hermit crabs there. A few bulbs pop up, but often get stolen as soon as they bloom. City living.

I did the right thing, going straight to the cafeteria and paying my thirty-five cents for milk. Then I went into the teacher’s room. This cool school had a Friday breakfast potluck. I put put fifty-cents in the jar and got a cup of Dunkin’ Donuts coffee. Then I swiped a small croissant on the way out. In all fairness, they always leave the leftovers with a note for any teachers and staff to take some. (Am I a teacher or staff or neither?) I should confess that last time, I also swiped a book from their book swap shelf, but I brought an old with me today to replace it. What is it about this school that turns me into a kleptomaniac?

The seventh-grade class couldn’t have behaved any better, using the sack of balls given to me in the office. Almost every person played some game, with only a few girls (as usual) staying on the sidelines. One student is me reincarnated or my clone or my platonic soul mate. I met her when I subbed music last year. She had my semi-Goth look, but updated from the 1980s. I put on my iPod while they completed a survey. She asked if we could listen to hers. She had the same exact red one as mine that raised money for Aids. When I viewed her play list, we had almost identical songs. Her music ranged from back to the 1970s until the present. Because of her, I discovered the Silversun Pickups and found out the name of the artist to the song “Mad World”. Oh, and her favorite color is also purple.

The next group of eighth-graders was a horror when I subbed Science last year. It was early in my substitute teacher "career" and they were my first middle-school group. Since then, I’ve enjoyed them much more in PE and Music, where I’m not forcing them to do anything academic.

Since I’ve been looking back on the teenage me, I’ve revealed my senior picture, which was taken just before I began my final year of high school. (Click on it to enlarge, if you dare.) To see more pictures of me with curly hair, become my Facebook friend. Here, I was sporting the tragic Vanessa Huxtable look from The Cosby Show. Even then, my dream was to have a bob with bangs, like the lead singer in the band, Siousxie & the Banshees and my friend, Maura. I was a straight-haired girl trapped in a curly girl’s head. If only they had the same hair products and flatirons back then.

Considering I had just ridden my bike to the school in the summer, my hair and make-up held up. At least my face had grown to match my nose by that point. Let's not discuss my eyebrows. The photographers made us push down our shirts and put that funny fabric over them. My skin was darker then, making me look like my Italian relatives, but now it’s paler like my Irish-side of the family. My hair was medium-brown, but I dyed it black. Now it’s naturally darkened to nearly black. It’s hard for me to believe this picture was taken twenty-two years ago.

In some ways, who I was then and who I am now hasn’t changed. But in other ways, I don’t know who that girl is anymore. If I were in high school now, what would I be like? Would I still be a semi-Goth girl? Would I be like the girl who has a similar look to the old me and shares my play list? I remember who I was vividly** – all the awkwardness and insecurities and frustration of not having control over much of my life.

That’s why I love writing for and about preteens and teens. Leaving childhood, you begin to question everything you took for granted: parents tumble off pedestals, religion is questioned, government seems ineffective and corrupt, and almost all adults are clueless and uncool. As a teacher, I see myself through the students’ eyes. I don’t try to be their friend (lame), or talk down to them (rude), or minimize how hard it is to be them. If anything, I point out how different I am (calling myself an old white girl), which garners their respect (Or silent ridicule).

Would I want to go back in time and be that young again? Hell, no. Maybe going back to my early 20s, before gravity ravaged me, would be tempting. I spend enough time with minors; it’s easier to be in charge of them than being one of them. The nice thing about writing preteen and teen characters is that I get to visit, but I don’t have to live there.

*Here’s the post from the PE job the other day:

Posted by Theresa Milstein at 11:21 AM