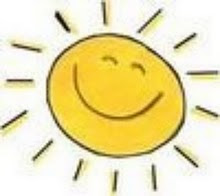 Lenny Lee has spread sunshine on my blog, so now I’m going to spread some to him. (Send him some too by visiting his BLOG .

Below is a story inspired by real events. It’s dedicated to you, Lenny.

In a small city lived a family named the Bumblebees. Sandy and Randy Bumblebee and their daughter, Mandy Bumblebee lived in a tall brick building with their cat, Patches. Patches was part of the family ever since Mandy Bumblebee could remember. Patches didn’t recall living anywhere else.

But one summer day, the Bumblebees brought in a bunch of cardboard boxes and started putting the entire apartment inside these boxes! Patches didn’t know what it meant, but he didn’t like it. “We’re moving,” Mandy Bumblebee explained.

Patches only travelled when he’d visited the veterinarian for check-ups and shots. The shots were the worst part of the whole ordeal! Patches cried loudly, “MeeooOW!” He closed his eyes tightly for each trip, including the one on moving day.

When they got to the new house with the little yard, Patches watched the Bumblebees and the movers haul the boxes from the old apartment into this new strange house.

Patches noticed that the door was opened as boxes were brought in. Should I go out there? he wondered. He decided to make a break for it and took off out the door, down the steps, and to the outside world.

Patches sniffed the air. The world was so BIG!

Patches sniffed the dirt beneath his feet.

Patches stretched in the grass and announced, “I want to stay outside forever!”

Later, when the Bumblebees realized Patches was in the yard, they saw things a little differently; “You’re an indoor cat!” Sandy Bumblebee reprimanded. But Patches was determined to be an outdoor cat.

A month later a new pet joined the Bumblebee household. A baby squirrel needed a home and the Bumblebees took him in until he was old enough to live on his own. “I’ll name you Boo,” Mandy Bumblebee crooned.

As Boo got older, Patches got bolder. Patches would wait at the side of the doorway and sprint out the door as soon as any Bumblebee came home.

One time when Patches got caught and was brought back inside, Boo asked Patches, “Why do you want to go so? You’re an indoor cat.”

Patch testily replied, “There’s a whole wide world out there to explore! I want to be free!”

“Why don’t you go? You are a wild squirrel,” asked Patches to Boo, in turn.

Boo answered, “The whole wide world is too scary. I want to feel safe!”

On a cool autumn day, it was time to send Boo away. Mandy Bumblebee sobbed, but Randy Bumblebee reminded her, “Squirrels are wild animals and can’t live inside.”

Boo looked around. The world was so BIG!

Boo looked back at the Bumblebees.

Boo took a few tentative steps, then pattered down the porch and onto the grass.

When Boo was out one day he met another squirrel, curiously picking up acorns from a big oak tree and clambering into a small hole. Then she would come back down to collect more acorns.

“Excuse me, but what is your name and what are you doing?” asked Boo.

“My name is Shaggy Tail and I am collecting acorns to eat over the long, cold winter. I suggest you do the same.”

“Who me?” said a surprised Boo, “I won’t need to do that. I live with the Bumblebees. I’m sure they will feed me.”

One final autumn day was cold and blustery, but still Patches was determined to go outside. When the Bumblebees went out, he did too. “Come back!” cried Mandy Bumblebee. But Patches wouldn’t return home.

At the same time, Boo squeaked to beg a visit inside, but the Bumblebees couldn’t leave a squirrel home alone all day. Boo watched as they drove away.

Patches knew it would rain. Boo knew it would rain. Animals can sense such things. Boo ran back and forth when the first drops fell, frightened as could be. Shaggy Tail called, “Climb up here.” Boo took a deep breath and scuttled up the oak tree. He peered inside. The nest was full of acorns and it was warm and dry! He snuggled with Shaggy Tail and felt safe. He was home!

Poor Patches wasn’t so lucky. The wind howled angrily as the branches bristled. Patches didn’t know where to hide. With soaked fur, he mewed, “Help!”

When the Bumblebees arrived home, Patches jumped into Mandy’s arms. She brought him in, dried him with a towel, and put him near the fireplace to warm. He was home!

“I’m meant to live inside. It’s nice outside, but a cat still needs a home and family to be safe,” said Patches.

“I’m meant to live outside. It’s nice inside, but a squirrel can have a home outside and still be safe,” said Boo.

So the cat and the squirrel visited one another from time to time. They both concluded that for either of them to be happy, they needed the freedom of the outdoors and the safety of home at the same time!

Posted by Theresa Milstein at 3:10 AM