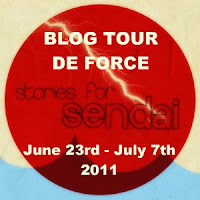 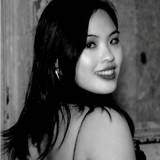 JC Martin, Fighter Writer has put together a book called, Stories for Sendai to raise $ for victims of the Japanese disaster. I’m fascinated by her passion for martial arts and writing.So decided to ask her about both.

When did your fascination for martial arts begin?

My fascination with the martial arts began from a very young age, when I used to watch Chinese martial arts epics alongside my Disney movies. My favourite actors were (and still are!) kung fu stars like Jet Li, Jackie Chan, Donnie Yen, and more recently, Po! (“I love Kung Fu-uuu-uuu...!!”). Whilst most girls my age dreamt of being a fairy princess and meeting their prince charming, I daydreamt that I was a badass kung fu chick/secret agent/spy type!

What kind of martial arts have you practiced?

I started practising out of a book, which was as thick as two telephone directories! Can’t remember where I got it from, but it looked like one of those mystical kung fu tomes in the movies that bestowed on the reader some profound kung fu knowledge or magical kickass powers. However, after months of practising, I still couldn’t put out a candle flame with my Chi Finger of Doom, much less kill someone with the supposed death touch.

Thankfully, around the time I gave up on the book, a karate club started up at school. I became the only female member. Three years in, I managed to get my purple belt, which is one grade away from the advanced brown and black belts. However, being a largely strength-based martial art, I couldn’t really advance any further, not unless I could do 50 push-ups in a minute—on my fists!

For the next five years or so, martial arts took backstage to exams and other school clubs. As a university student in metropolitan London, I did try one class of Aikido, but didn’t like the overly complicated locks and throws. I mean, why all these fancy moves to trap an attacker, when you could put him out of action with one simple well-placed punch? Also, as I was still relying on funds from my parents at the time, I didn’t feel right getting them to pay for lessons, which can be quite pricey.

When I graduated and started work for myself, I decided it was time to re-visit my passion, and to invest in some martial arts classes. After trying out the generally harder and more militaristic Japanese arts, I decided I’d like to try out the fluidity of the Chinese martial arts. I found a Wing Chun class near where I lived, tried it out, loved it, and nearly eight years on, have never looked back! J

What are your martial arts qualifications?

Aside from my purple belt in karate ages ago, I currently hold a second-degree black belt in Wing Chun, and am a qualified instructor.

Tell us about the martial art you’re currently practising.

Wing Chun is a Chinese kung fu which traces its roots all the way back to the Southern Shaolin Temple, over a thousand years ago. There is a romantic legend that the art was named after a woman, Wing Chun, the first student of the Shaolin nun who developed it. Wing Chun would fight off would-be suitors, and only married the man who could take her on in a fight. More recently, the most famous student of Wing Chun was the late Bruce Lee. His master, Ip Man, has found recent popularity when a series of biographical movies came out based on HIS LIFE .

Wing Chun is a simple, effective art form based on short, fast movements, and on redirecting an opponent’s force and using it against him. It is perfect for the smaller ladies, and the potential for brutality appeals to me. J Its principles follow very Taoist philosophies—embodied in Bruce Lee’s famous quote: “Be like water.”—and that appealed to me, too.

How have martial arts influenced your writing?

Apart from the fact that my protagonist in my WiP, Oracle, is also a Wing Chun practitioner? J

I’d like to think that I’m better equipped for writing fight scenes than most people. I can picture the movements and actions in my head, and be able to decide whether it is feasible or not. I wrote a post about writing action scenes HERE .

On a more psychological level, a good workout helps unblock my mind whenever I’m stuck on a particular part of my WiP.

How have martial arts influenced your life?

I would never have predicted this ten years ago, but kung fu is now a major part of my life. Being a martial arts instructor is fulfilling, sociable, and it allows me more time for writing than I’ve ever had before! I find my confidence in dealing with people has also improved drastically, and though I would never go round searching for trouble, I’d never feel paralysed with fear when I find myself in a darkened alley. Fortunately, I’ve never had to put what I learned into practise in a real-life situation, but I’d like to think that should I ever have to, I’m capable of holding my own. J

Obsessive-compulsive plotter! I have a chapter-by-chapter rundown of the entire novel before I start!

Laptop. I use a tiny notebook that slows down whenever I have too many functions going—keeps me from getting distracted by blogging/Twitter/Facebook/etc.!

Neither, usually. Chinese tea when it’s especially cold in the winter.

Other: water or ice-cold diet Coke.

and buy Stories for Sendai.

Posted by Theresa Milstein at 4:45 AM