P is for Prince 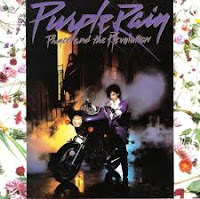 If you were me, which band would you choose?

In the end, I had to pick Prince.

1) I saw him in concert at Nassau Coliseum in March, 1985. He was excellent. Great performer without lots of props.

2) I listened to the “Purple Rain” soundtrack constantly.

4) My friends and I used to share a notebook where we made stories up about the people in Prince and the Revolution and Duran Duran. (Yes, we were that lame. But I’d like to think that’s where I first learned the art of storytelling…)

You’ve got to respect a man who wears makeup and heels + dates taller and attractive women.

Purple Rain had a big impact on me both as an album and a movie. I still love the music. The movie wasn’t as great. But as a teen, Prince’s need to escape while his parents fought resonated with me.

“Why do we scream at each other?

His later records never reached the same popularity. And then he had problems with his record label, so he turned himself into “The Artist Formerly Known as Prince” in 1993. 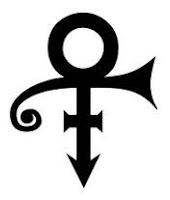 Here’s more information about him on Wikipedia

Posted by Theresa Milstein at 4:40 AM